Following a number soldering sessions during the week I finished the TEC-1D build over the weekend. The next stages was to check out the oscillator circuit and the keyboard circuit. The former as there was a warning that not all variants of the chip would work. the latter because I was re-using a chip I initially got about 40 years ago for simple computer I built out of discrete TTL. All was well with both so I inserted the remaining chips and powered up.

This went without a hitch with the monitor program running as expected. Next I mounted the TEC-1 on a slopping enclosure. 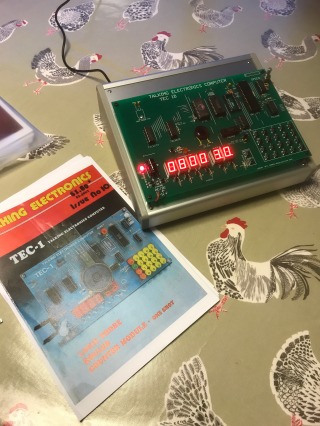 Next I started to try a few things out on my own, the main difficultly here is that the information is all spread across 6 issues of the magazine including references to future material that I suspect was never published – the magazine only ran for 15 issues. to complicate things a little more there were at least 3 different monitor programs produced.

So my plan is to try and tees out the strands of information into a single list of functions and calls you can make from the monitor programs. I also need get an EPROM programmer so I can try out the last JMon monitor variant. but that is for the future. For now I am just enjoying playing with my new computer ! 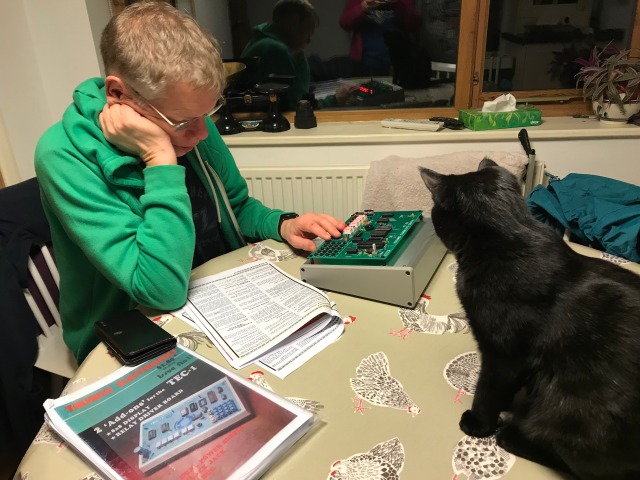