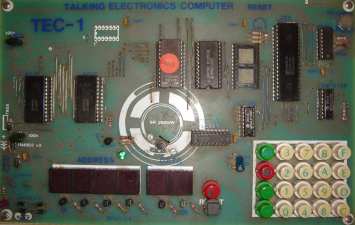 Over Christmas while randomly scrolling through my Twitter feed I saw some discussion about the TEC-1 computer. This is a single-board kit dating from the early80s based around the Z80. Instructions on how to build it were published in the computer Australian hobbyist electronics magazine Talking Electronics. The Magazine only ran for 15 issues which is a pity as it had the idea of giving away a blank PCBs for one of the projects featured with every issue and did not have any advertising! 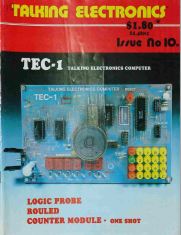 Anyway digging around to find out a bit more about the TEC-1 I discovered that a retro computer club in Australia had got permission to reproduce the TEC-1 PCBs and that there were a few left on eBay. Also amazingly although the magazine only ran for a limited time Talking Electronics as a webshop for kits is still up and running and while the kit for the Tec 1 is no longer available you can download pdf’s of all the magazines.

Given that the Z80 was my introduction to assembly language coding I decided this would be a great early 2019 project to tackle along side my other Raspberry Pi and Arduino activities. So a month or so later I have the bare board and have started to source the parts for it.

Scarily I have managed to find quite a number of the parts in my stocks of bits from long forgotten projects. The rest I have been able to find through eBay and people like Bitsbox.

I am looking forward to start the build in earnest this week and hopefully post a blog update with some parts soldered on next weekend !